Santorini is by far one of the most interesting and popular destinations in Greece either chosen for leisure or cultural purposes. The surreal landscape and the numerous sites together with the astonishing black-sand beaches and the upgraded facilities for visitors guarantee that a visit to Santorini will always bring up memories in one’s life.

The name of the island, "Thira", emanates from the ancient Spartan Thiran, who originally colonised the island. The name "Santorini" emanates from the passing of French Crusaders, which during their passage, they stayed for a while near the church of Agia Irini (Santa-Irini) of the island. Before the enormous volcanic eruption of the ancient years, the island was round and it was called Stroggili, while it later acquired the names of Callisti or Callisto.

After the liberation of Greece, the name “Thira” was officially established, even though foreign maps continued to call it "Santa-Irini", and the Greeks adopted it as "Santorini". Santorini is amongst the most famous islands worldwide, because of its extraordinary landscape, which took its current form after the repeated eruptions of the volcano. The last eruption of the volcano was in 1950, while future eruptions are almost certain. It is a strange island, bearing no relation to the remainder Cyclades since it did not develop as the other islands; as its history was buried and reborn through the volcanic lava. While reaching Santorini by boat the visitor can distinguish, the islands of the volcano to the right, Palaia and Nea Kameni (New and old Kameni), and behind them the graphic island of Thirasia.

Book your ferry tickets and travel to Santorini! 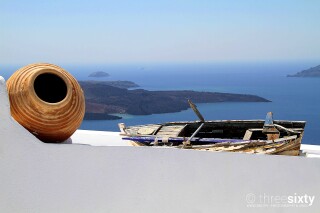 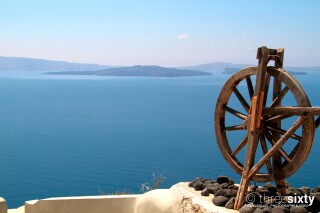 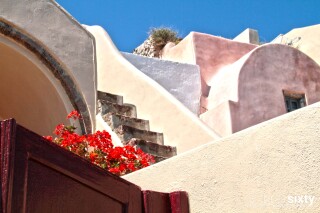 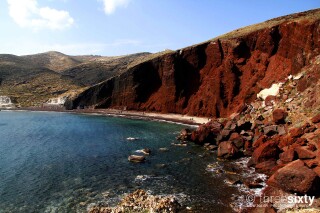 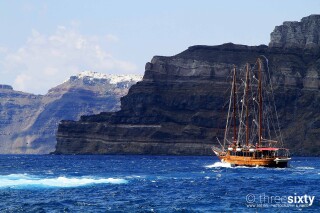 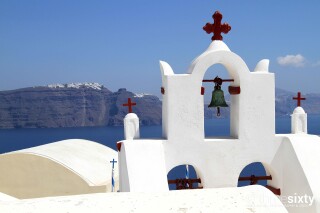